Synopsis: Based on the novel by Neil Gaiman, the story focuses on Shadow Moon, a man serving three years in prison, who is given an unexpected early release after his beloved wife Laura is killed. Shadow finds himself next to a man named Wednesday, who offers Shadow a job. Wednesday appears to be nothing but a con artist who needs Shadow as a bodyguard, but is someone or something more. Wednesday is making his way across America, gathering the old gods, who have now incorporated themselves into American life, to confront the New Gods, including Media and Technology, who grow stronger with every year.

To start off with full disclosure: the novel American Gods, by author Neil Gaiman, is my favorite book of all time. No other book, novel, comic book – whatever, comes close to it in terms of story, entertainment, and value. There is nothing in the literary world that I enjoy more than American Gods. So, to say that I have been anxiously awaiting the debut of the American Gods television series on the Starz premium cable network is a bit of an understatement. I was whet with anticipation when I first heard the news and have done all that I could to not spoil the series for myself by watching to many previews or trailers. It wasn’t until just a few days ago that I saw my first extended review of American Gods and only because I really love what the people over at CineFix do at their YouTube channel. 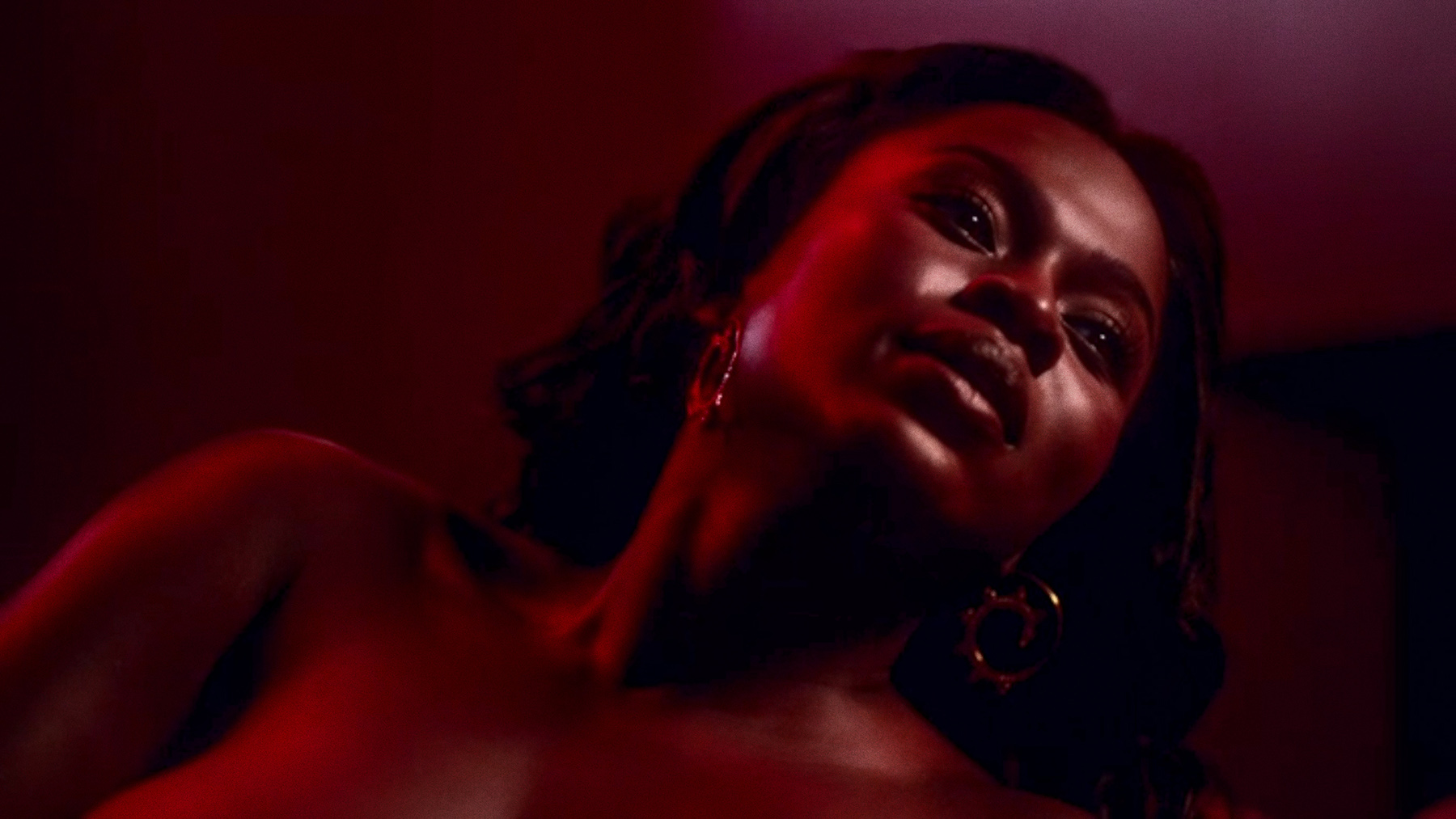 That being said, I am so glad that the first episode of American Gods didn’t let me down. It was about as good as I expected it to be and even exceeded my expectations of the show to a certain degree. And while American Gods is my favorite book of all time I am not that much of a purist that I won’t forgive a change or two to adapt the novel into a television series; but what has been altered so far hasn’t taken away from the enjoyment of the episode… though I do wish one thing hadn’t been changed. Still, I concede, for a television audience, even one on Starz, concession must be made to no alienate the viewers. Though it is amazing what was shown in the premiere episode thus far. That beautiful Bilquis scene… wow!

As far as the actors portraying the characters in the series are concerned, with what I have seen in the first episode, I am very pleased at the portrayals, though only four have been really shown so far. First and foremost, Ricky Whittle (Austenland) as Shadow Moon was pretty good in the premiere episode. He wasn’t given a lot to work with in the first episode, but he seems adept as portraying what needs to be from the lead character. Yetide Badaki (Sequestered), in her brief scene, was nothing short of amazing as Bilquis. She definitely gave off that dangerous and sexy aura that I was expecting to see from Bilquis and I am interested to see what comes from her as her character role has been expanded greatly for the series. Pablo Schreiber (Orange is the New Black) was amazing as Mad Sweeney the leprechaun in his appearance, antagonizing Shadow into a bar fight. And then you have Ian McShane (John Wick) as Mr. Wednesday. I mean, what more can I say of an actor the caliber of Ian McShane that hasn’t already been said? He is amazing and a great contribution to the cast of American Gods. As a whole, these four are making really easy to believe that we can expect great things for the future of this series. But I really wish we could see more of Jonathan Tucker (Parenthood) as Low Key Lyesmith in future episodes…

Some omissions from the book aside, I really have no real quips with American Gods as a television series. Yeah, as a fan of the original work it has been adapted from, I wish everything could have been included in the show. But seeing what they did adapt and even how certain changes helped visualize some of the action in the show so far, I am extremely pleased with what I have seen so far. American Gods has not let me down with its premiere episode and I can only hope that each following episode can continue delivering the quality storytelling and characterization that I am expecting from this series. The wait has been well worth it so far and I am very hopeful that the rest of the series will be just as good or better.

This site uses Akismet to reduce spam. Learn how your comment data is processed.